Actual Emergencies in the Mountains—

—   I broke both my fibula and ankle at the end of a week long high traverse in the North Cascades of Washington State. My crampon caught on some ice when I unexpectedly slipped on steep snow and severely torqued my leg in the process. I was stabilized and airlifted out by a helicopter from Whidbey Island Naval Air Station. After a long recovery process, I have full use of the damaged leg.​

—   While on a climb of the Brothers in the Olympic Mountains of Washington State, one of the leaders of our party (approximate age 60) took a long step (stretch) upward and felt a sharp muscle tear. It soon became obvious that any further climbing, up or down, would be extremely painful, if not impossible. Several cell phones in the party were mobilized to successfully call search and rescue. A Coast Guard helicopter was able to lift the patient off the summit just before nightfall. Two party members who agreed to stay with the injured climber were not lifted off and spent a long and miserable night huddled on the summit. They made their own way down the next day.

—   Deep in the North Cascades of Washington, I received an inch long cut on the palm of my hand after slipping on a wet, down sloping rock slab and falling on the adze end of my ice axe. After a forced march out of the mountains in the dark and heavy rain with failing flashlights, a hot shower and a few hours’ sleep at a roadside motel, an ER doctor sewed up my hand the next day.

—   My son and I were with a group of 10-12 snowshoers in the Central Cascades. We were at the back of the party and following a zigzag snowshoe trail up a steep slope when an avalanche let go. Both of us were able to ride/swim on top of the avalanche for 200-300 feet downhill. We were separated on the ride down, but neither of us were hurt.

—   Five of us were on an overnight snowshoe and ski trip in Mt. Rainier National Park with a goal of sleeping in igloos we would build. While building the igloos, we were joined by a party of three camping nearby with a tent. We woke up the next morning to a heavy dump of snow and blizzard conditions. The other party had left the scene. We decided to head back after accidentally kicking off an avalanche in a large bowl. Crossing some gullies lower down, we first came across a hand sticking out of the snow, then another person with just their head out and finally the third member of the party covered just to the knees. The had avalanche happened only moments before and we were able to extricate all three quickly. They were shaken but not seriously injured.

—   Two of us were walking down a relatively flat ridge between two crevasses after a climb of Mt. Rainier. We were roped up when my partner slipped unexpectedly. He pulled us both into a relatively shallow crevasse. The only injury to either of us was a facial cut when my glacier glasses were jammed into my face. The cut required Band-Aids, but no stitches.

—   On an attempted climb of Denali (Mt. McKinley), a member of our party, loaded down with his full (60 lb?) pack, fell into a big crevasse on the Muldrow Glacier. He was roped up and his fall was easily arrested. Fortunately, there was plenty of manpower to effect a quick rescue. He was not injured in the process.


—   On an attempted climb of Denali (Mt. McKinley), a member of our party was scalded when a pot of boiling water tipped over onto his sock-covered foot. The sock held in the heat providing a good-sized, second-degree burn. Two party members stayed with the burn victim for a few days waiting for the burned skin to heal enough so he could continue climbing.

—   On a circumambulation of Mt. Adams in Washington State, a member of our party slipped on steep hard crusted snow. He was using an ice axe, but not wearing crampons. He slid down a hundred feet or so before coming to a stop. The combination of his heavy pack and a too-short ice axe interfered with his attempt to self-arrest. Fortunately, he missed some nearby rocks and only his pride was injured.

—   Three of us were leading a group of college students on an off-trail adventure in the Central Cascades as part of a summer sociology course. One member of the party cracked his leg bone while jumping from one rock to another with his full pack. After it happened, he informed us that he had a history of brittle bones and bone cracks. Two members of the party hiked out 15 miles to report the emergency. His leg was splinted and he was then moved a short distance to an open area ready for evacuation by helicopter.

—   On a day hike to Snow Lake in the Central Cascades, I was wandering off-trail and ran into a nest of hornets or wasps. I was stung multiple times. After an hour or so, I suffered an allergic reaction with swelling and itching around my face and extremities. What started out as a leisurely trek back to the trailhead became a hurried and somewhat anxious retreat. No allergy medications were available at the time. Finding that I am allergic to both bee stings and neoprene, I now carry two levels of allergy medication when I am out and about: antihistamine capsules and an Epi-pen for injecting adrenaline.

In the 60+ years I have been hiking and climbing, I have been directly involved in SAR operations nine times (excluding practice sessions): One was as seasonal climbing ranger at Mt. Rainier National Park; four as a member of the Central Washington Mountain Rescue Council; four as a member of a wilderness group needing emergency assistance. Four of the operations involved a helicopter pick up; two of the four used cell phones as the primary mode of contact. Three involved individuals who were deceased before SAR personnel arrived on the scene.

Generalizations from the Above Emergency Experiences

From this limited experience, it is my judgment that only one of the nine situations involved a critically injured person where having a reliable emergency communication device (e.g., personal locator beacon, satellite phone) might have made the difference between life and death. However, all would have benefited from having such a device. The two operations involving cell phones as the mode of SAR contact allowed for a much quicker helicopter extraction than going out on foot to get help.

Another obvious generalization is that helicopters are being utilized at an increasing rate. From a risk management standpoint, this fact dictates that knowledge of the advantages and limitations of different emergency communication devices in the wilderness is essential, especially for those who travel far off the beaten path.

Yet another generalization is that highly experienced individuals often find themselves in mixed groups with a range of experience. Adding inexperience to the mix considerably expands risk assessment and management activities.

A final generalization is that broken legs and sprained ankles and knees are a common theme, especially when traveling on steep snow. In steep terrain, an ice axe practice before and during the trip might be helpful. Because of the nature of wilderness travel, extra attention needs to be paid to prior conditioning of the lower extremities. Balance type exercises would also be helpful. 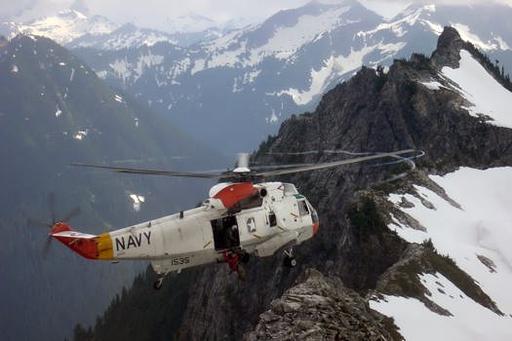